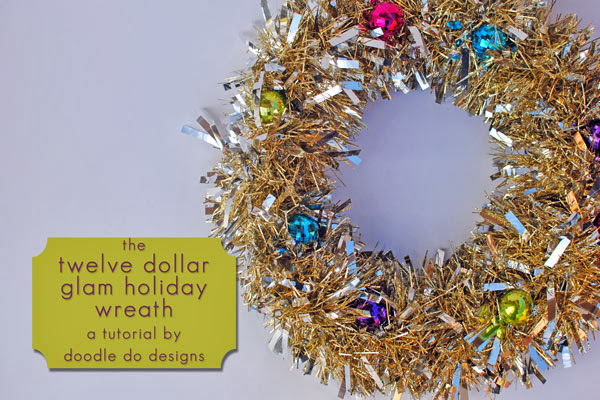 I am going to show you how to make a super glam wreath for minimal time, effort, and cash.  In fact, this wreath was so easy, it did not even occur to me that it could be tutorial.  But after a few people asked me how I made it, I thought it would be nice to have some photos to illustrate how simple it really is.  So simple that I took apart the my already completed wreath, and made it again. 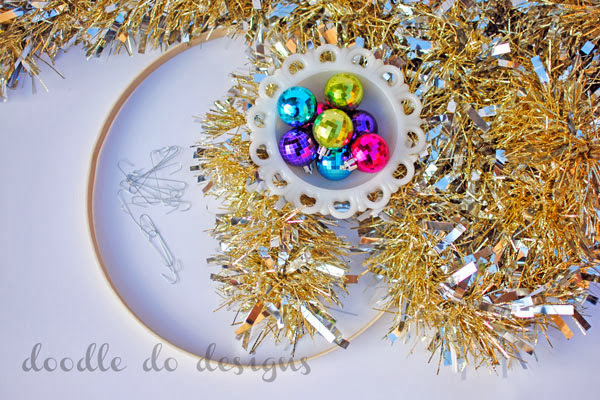 Materials:
14 inch embroidery hoop (I only used the center ring) - $1.75 with coupon at Hobby Lobby
1 package of fluffy tinsel garland - $6 during half off sale at Hobby Lobby
2 sets of shatterproof mini ornaments - $2 each at Wal-Mart
10 ornament hooks - 8 cents (99 cents for a pack of 125 at Walgreens) 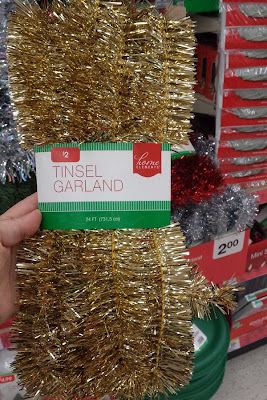 Don't use this puny tinsel garland.  Yes, it is cheap, but it also looks cheap, and it is way too skimpy for wreath-making.  Splurge on the big fluffy stuff.  I got mine at Hobby Lobby, but I have also seen it at Wal-Mart. 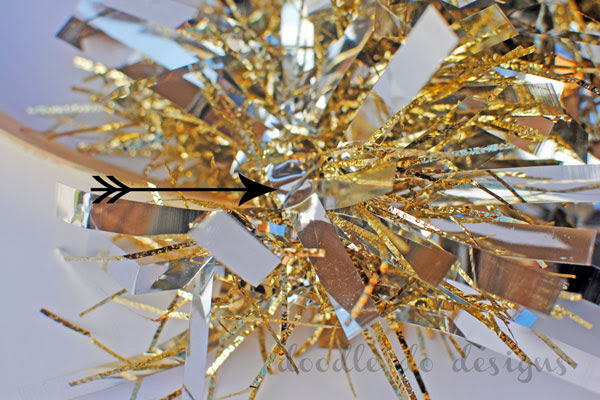 Using one ornament hook and a twist-tie motion, secure one end of the tinsel garland to the embroidery hoop.  The arrow in the photo is pointing out the ornament hook, since it is hard to see. 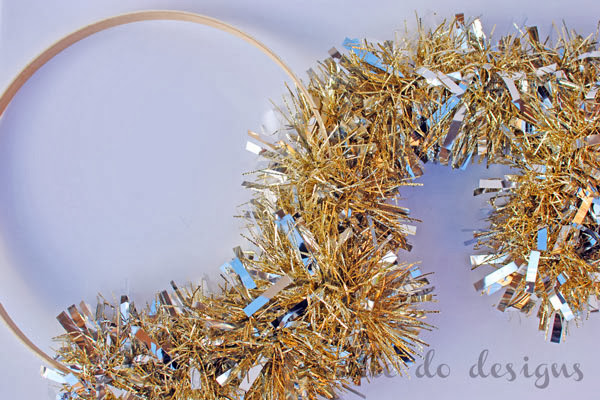 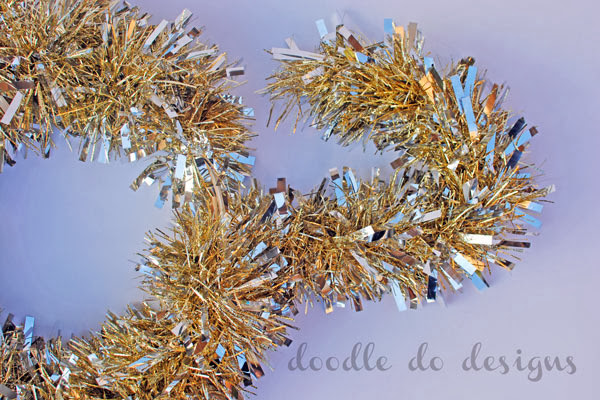 ....and wrap until you get to the other end of the tinsel garland.  You want the garland to be snug, but not so tight that it will break.  You should be able to slide it around a little, but not so much that it is falling off. 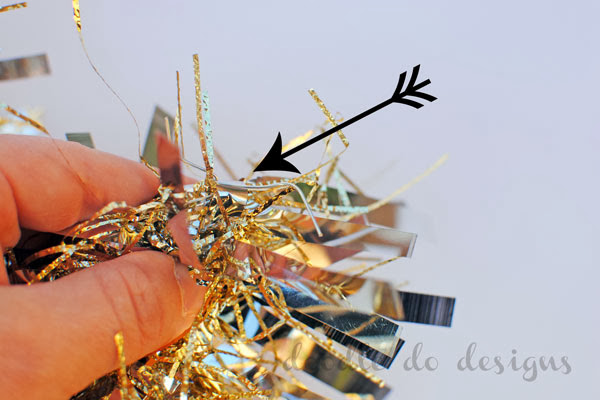 Wrap this end of the garland with another ornament hook in a twist tie motion and secure to the embroidery hoop.  Again, the arrow is pointing to the hook. 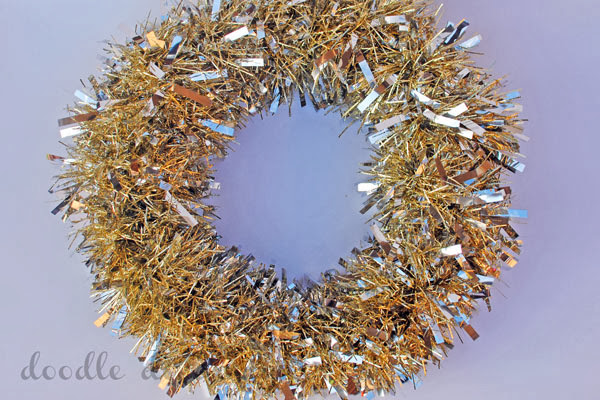 You could leave it like this and it would still be pretty chic (and also only $8).  I decided to jazz mine up with a little color. 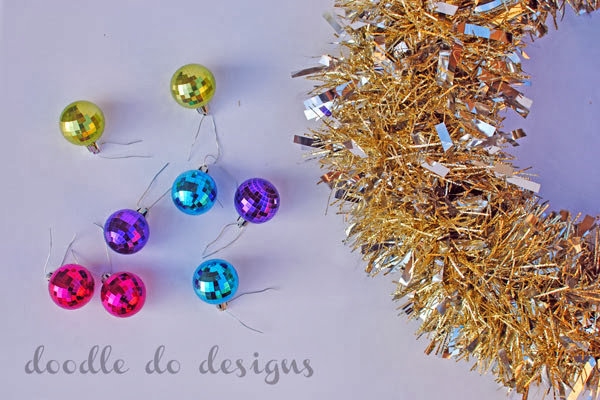 Using one ornament hook for each ornament, secure the ornaments onto the wreath using a twist tie motion.  I attached mine to the garland only, but you could wrap your hook around the whole hoop as well. 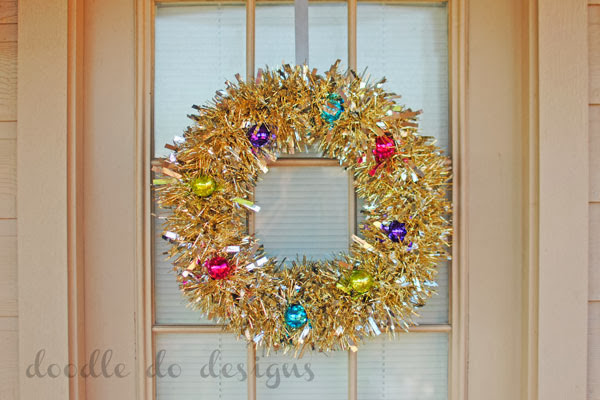 Hang it up, and enjoy!
Posted by Kristan at 11:15 AM
Email ThisBlogThis!Share to TwitterShare to FacebookShare to Pinterest
Labels: tutorial