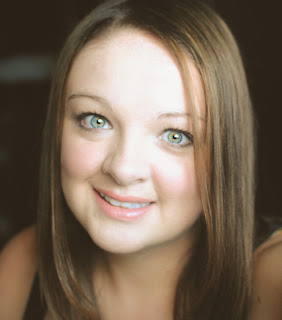 ...so here's what I look like, and 5 things you may not know about me!

1. I am a super geek when it comes to Disney.  If we're being totally honest, if I had to pick one love between sewing and Disney, I'm sorry, but Disney would win.  *gasp*  And maybe this is cheating because I'm sure I've mentioned it on the blog before, but it's really just that important.  ;)

2. I went to prom with my husband.  At the time, we had only been dating for like 6 months though.  I wore a white dress and he wore a tux and we joked that the photos could be our wedding photos.  Roughly 7 years later, we were married.

3. I have never broken a bone.  Up until I had my son, via c-section, I had never been hospitalized or had any sort of surgeries (and I haven't since either).  Now that I've said that, I'm sure I'll break my arm or something.  Probably at QuiltCon.  *knocks on wood*

4. I am afraid of cruises.  I am so intrigued by them, however.  We actually booked a short Disney (duh) cruise out of Galveston for April but scheduling conflicts with my husband's company required us to cancel it.  I'm still not sure if I'm disappointed or relieved.  I guess relieved after hearing about that recent stranded Carnival cruise.  My fear comes from being trapped on the boat in the middle of the ocean with no way to "escape" should the need arise.

5. I wanted to be an airplane pilot when I grew up.  Also, the president, a teacher, a chef, and a number of other things.  I couldn't decided on a profession and ended up just getting a degree in my favorite subject (history).  Now I work every day as a stay at home wife and mother - the best job I could have ever asked for!

Are you going to QuiltCon too?  Hope to see you there!  :D

Posted by Kristan at 9:30 AM
Email ThisBlogThis!Share to TwitterShare to FacebookShare to Pinterest